Pacific leadership: Are we seeing a changing of the guard?

The ceremonial changing of the guard at Buckingham Palace is a tourist attraction for people form all over the world. It is wonderfully atttactive and captivating occasion. 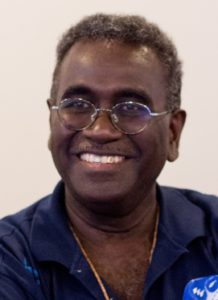 In our beautiful Pacific Islands region, we too are going through a changing of the guards of sorts. It might not be with the fanfare and pomp of Buckingham Palace, but it is a transition, a passing of the baton, a transcendal passage connecting the past to the new, from before to the future.

Anote Tong has been the leading, often times lone voice, in the struggles to raise awareness about the impacts of sea level rise against his people of Kiribati. He has been a leader in the cause, an advocate for his people; our peoples, our region, our vanua where our forefathers and foremothers’ spirits still roam the lands and seas that are being threatened by the changes that are being induced by natural and human propelled factors.

As we watch a changing of the guards, from the times of those like the late Sir Ratu Kamisese Mara, Sir Peter, Kenilorea, Sir Toalipi Lauti, Sir Robert Rex, Fr. Walter Lini, Hammer De Robert, Toshiwo Nakayama, Amata Kabua, and Sir Albert Henry who were nation builders, Statesmen who looked beyond their nations and saw a region; to President Anote Tong who fought for the region, often times as a lone voice, I ask myself, where will our next
generation of leaders come from; where will the next cohort of leaders who can stand up for our peoples, who want
our voices heard above all the noise; where will they come from.

Leadership can come in all sorts of forms and shapes; it may not necessarily be found beating the table in Parliament;
it might not be in a government office, but you can be a leader by the influence you have over people through your
voice, the words you pen in songs, poems, and stories that are just as effective. Are we seeing a changing of the
guard? Are we seeing the baton passing over to the future?

I would argue that we are transitioning to a new guard, to a new generation, to the future to people like Kathy Jetnil-
Kijiner (pictured) and Mia Taholo who through their songs and voices are reaching beyond our shores to tell our stories; to Regina Lepping in Solomon Islands who exudes the anger of our younger generation who want a better life for themselves, to Milicent Batty who with her colleagues are working on innovative solutions to our problems, and the
myriads of millenials who are doing their best to bring attention to our region and making a change. We are seeing a
changing of the guard; watch this space; we are already seeing the future guards in action.

*Dr. Transform Aqorau is an Adjunct Fellow at the School of Government, Development and International Affairs (SGDIA) at the University of the South Pacific. He is the former Chief Executive Officer of the Parties to the Nauru Agreement in Majuro, Marshall Islands. He is a board member of the International Seafood Sustainability Foundation (ISSF). Dr. Aqorau previously worked for the Pacific Islands Forum Fisheries Agency as Legal Counsel and Deputy Director. He was also Legal Advisor to the Pacific Islands Forum Secretariat and Legal Adviser and Deputy Secretary in the Solomon Islands Ministry of Foreign Affairs.