Interview: Climate Change and the Disappearing Islands of Kiribati

The film Anote’s Ark, showing at the Human Rights Watch Film Festival in New York, tells Kiribati’s story through the eyes of now-former president Anote Tong, as he advocates with world leaders for help for his people, and a Kiribati woman named Sermary, who emigrates with her family to New Zealand after her home floods. 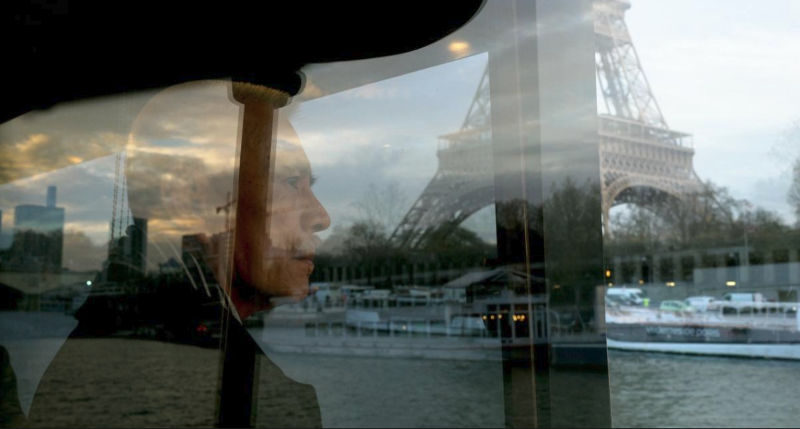 The Republic of Kiribati, a group of 33 Pacific Islands home to 100,000 people, sits on average six feet above sea level. Scientists believe that at some point this century, these islands may become uninhabitable as ocean levels rise due to climate change.

The film Anote’s Ark, showing at the Human Rights Watch Film Festival in New York, tells Kiribati’s story through the eyes of now-former president Anote Tong, as he advocates with world leaders for help for his people, and a Kiribati woman named Sermary, who emigrates with her family to New Zealand after her home floods. Amy Braunschweiger talked with the filmmaker, Matthieu Rytz, about his film and his attachment to a country that may soon no longer exist.

Then President Anote Tong of Kiribati in Paris to advocate with world leaders around climate change. Kiribati’s islands may become uninhabitable as ocean levels rise due to climate change.

Then President Anote Tong of Kiribati in Paris to advocate with world leaders around climate change. Kiribati’s islands may become uninhabitable as ocean levels rise due to climate change. © Matthieu Rytz

The whole thing started on Panama’s San Blas islands, which are expected to be covered by rising sea water due to climate change. I went there on assignment from the New York Times to cover the issue, and I was so upset by it. And I thought, where else on the planet are people experiencing this? So I looked at a world map, and I heard about Kiribati. I wasn’t even aware of its existence. Here was a country whose ocean territory was as wide as the United States, in the middle of the Pacific, and I never heard of it. I was just amazed. I went there for two weeks to work as a photographer. I didn’t plan to make a movie. 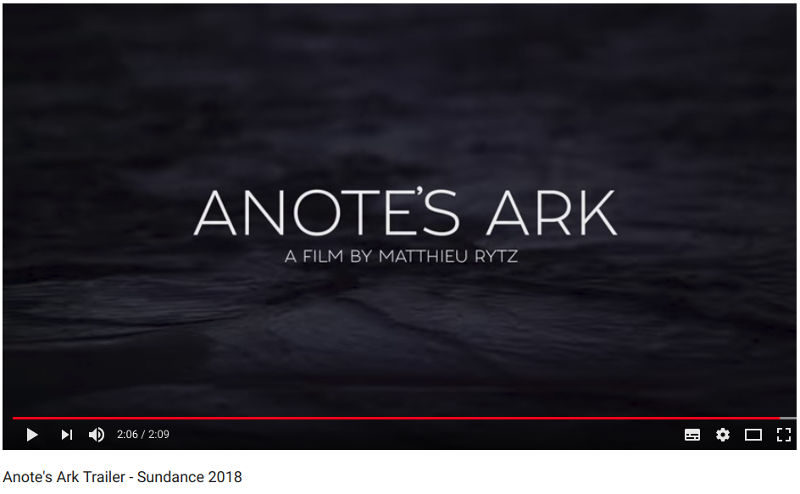 How did you meet President Tong?

I had chartered a plane to take aerial photographs, and the pilot was a close friend of his, and he introduced us. I was quite shy. He was a head of state that knew that within a century, he won’t have a state anymore. What’s a bigger challenge than that? I just spontaneously asked him about making this movie. And he said yes. I had never made a movie before, never even done a short film. So I figured, “OK let’s do this, let’s figure out how to make a film.” It was the start of a four-year journey.

Throughout the movie, Tong eloquently speaks to world leaders about climate change and his country. What was it like to film this?

When I learned he would meet with the pope, I flew to the Vatican and met him. I did that whenever he met heads of state, was at the UN Human Rights Council, or any important moment. I basically covered every important meeting he had for the whole three years. I can tell you, in this political arena, the action is really fast and extremely boring. You go there, shake hands with Obama, and that’s it. It’s waiting hours and hours for the next meeting.

I was a one-man show, and because I was just a regular guy with a camera, I got more and more access. It got to the point where I was sharing dinner and having wine with him. Now we have almost like a grandfather-grandson relationship.

When I look back over the past five years, I see how I tried to keep my professional distance from the story, and I wonder, what just happened? How in the world did a Swiss white guy just become so close to the president of Kiribati?

You go to his home, what you’ll discover is that he is a traditional fisherman, living in a simple house with his grandchildren. There is only cold water. He spends his days on the lagoon fishing, and at night he spends time with his family and tells stories. He’s an elder respected by the community, and he drinks Kava, a traditional drink, and has a very important relationship to the spiritual world. So, he’s a mix of a traditional fisherman and something like a shaman. You would never ever think of him as the same guy hanging out with the pope. It’s an incredible contrast.