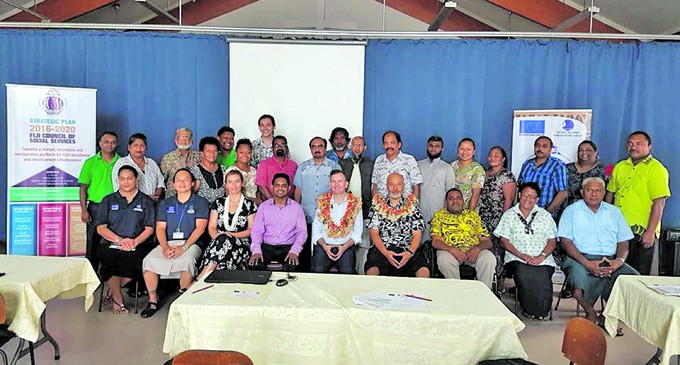 Fiji Girl Guide volunteer, Emly Tabua said she had learned a lot after attending the two-day dialogue organised by the Fiji Council of Social Services (FCOSS) in Suva.

The elements of the dialogue included; understanding policies and its relevance, identifying key players and processes in district and national levels, mapping challenges and capacity gaps in engaging in policy space and identifying strategies to engage.

Ms Tabua said that the dialogue was about policy making and she was enlightened.

“This dialogue has helped and empowered me a lot to go out and educate grassroot people,” Ms Tabua said.

The programme has three activities which includes;

Mr Sharma said the idea was not only to have the dialogue but simultaneously build capacity of the CBO in policy engagement.

He said Policy Advocacy is conducted by large Non-Government Organisations and this programme is targeting bottom-up approach by engaging CBO. He added after conducting dialogue to the entire eight districts their findings/data will be presented to stakeholders including the Government by end of February.

He said “During the first dialogue for Suva-Nausori District we have observed the poor capacity of CBO’s to engaged in policy development. This is dialogue will help to exposed themselves.”

FCOSS will be conducting the second dialogue in Sigatoka next week.