A new project examining ecosystem services and its contribution to community resilience is underway in Port Vila.

The Pacific Ecosystem-based Adaptation to Climate Change (PEBACC) is a five-year project funded by the German Government and implemented by the Secretariat of the Pacific Regional Environment Programme (SPREP).

PEBACC focuses on building resilience to climate change in an urban environment, namely Port Vila and across a whole of island environment on Tanna Island, said the PEBACC Project Manager in Vanuatu, David Loubser. 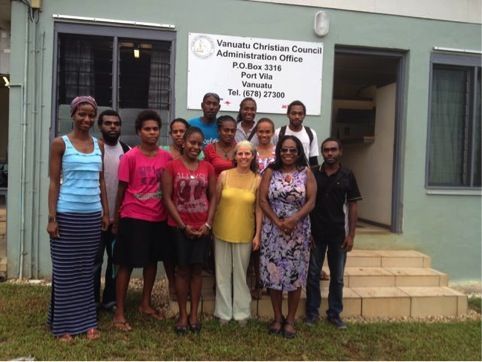 The first phase of the Port Vila case study work, which will establish a baseline for ecosystem services, is led by Professor Darryn McEvoy of the RMIT University in Melbourne, Australia, and supported locally by the civil society group, Vatu Mauri Consortium.

Project activity in March and April will involve surveys of local communities to identify and map which natural resources are being used, as well as community workshops to better understand how different ecosystem services are contributing to local livelihoods.

Professor McEvoy says that “the workshops will provide a platform for dialogue that seeks to combine traditional knowledge with the latest scientific understanding to provide resource management guidance to local communities that will help maintain the integrity of these important services in the face of urbanisation pressures combined with the impacts of climate change”.

The community survey and workshop activity over a two-month period is being coordinated and informed by RMIT University consultants Naomi de Ville and Aimée Komugabe-Dixson, with expertise in ecology and marine science respectively.

Experts will also be invited from relevant national ministries and other organisations to contribute in sharing knowledge in the ecosystem services workshops. It is intended that up to ten communities will host workshops which are representative of a range of ‘ridge to reef’ environments.

Outputs from the community workshops will be analysed to prioritise a portfolio of local resource management activities that will be supported in phase 2 of the PEBACC project, maximising the impact of Ecosystem-based Adaptation measures for the communities in and around Port Vila.

Other participating countries in the five-year regional program include Fiji and the Solomon Islands.

It is intended that findings from PEBACC will also be transferred to other pacific countries through the SPREP Biodiversity and Ecosystem Management platform.