Where water meets oil in the Pacific

Thanks to the reach of social media and the global resurgence of social activism, much light is being shed on many social justice issues, globally and in our Pacific region. Issues such as poverty, inequality, racism, sexism, and all other –isms being driven by hashtag movements – made more aware by the minute with each click, snap, tweet, Facebook share, and Instagram story.

All of these call for more participation, more action, more awareness, and more empathy towards what is being done to the oppressed, the poor, and the marginalized. This is all well and good, but how do we interpret and respond to this in our islands?

Our Pacific is made up of three regions, within which are thousands of people, islands, languages, and cultures that all have commonality and differences in terms of history, political status, economy, and social structures.

But one thing that is more common than not in our islands is the fact that most of our cultures have always been based on a communitarian ethos that thrives on mutual respect, reciprocity, and interdependence.

Most, if not all Pacific cultures have clear gender roles, leadership and chieftaincies, and economic systems that were (and still are) incompatible with individualism, capitalism, and democracy.

But because of colonialism and subsequent globalism, our age-old traditions, practices, governance, and social norms are being challenged, perhaps even threatened by our adaptation of western-centric notions such as individual freedom, liberty, and private ownership of land and resources.

This may seem like stating the obvious because for us it is ironically inevitable, but nevertheless, it should not be cause enough for us to discard what identity we have left intact.

In the Pacific today, our leaders are setting regional development goals and objectives which include addressing issues such as gender equality, human rights, and free trade – concepts I dare imply to have been non-issues for us in previous eras.

These concepts were inalienable, part and parcel to our systemic ideologies, which did not warrant stipulation of their distinct inclusion. In other words, we were already free and equal in our own ways, but within socio-political frameworks that called for family, community, and society’s needs to be placed before those of the individual.

Take gender equality in my native Palau for example. We are a matrilineal society, which for centuries has empowered women – not with equal responsibilities, roles and positioning that men have in society, but with those that purposefully guide and complement the men’s.

But because of this matriarchal organization, I think Palau has been more tolerant and undeterred by feminism than others in the Pacific. But what about other Pacific societies that have traditionally been patriarchal? How does feminism affect their norms and traditions? How should they “address” this issue? Will it require of them a complete paradigm shift or overhaul of their cultural norms and practices just to conform to so-called human development?

Now let’s look at human rights and individual liberty. What’s really perplexing for me is what’s happening in the US and Australia at the moment. Both are strong proponents of individualism, each introducing tougher legislative measures against illegal immigration – for the sake of safeguarding liberty. How does that work? How does one defend freedom by denying it of others?

Now, I’m not one for open borders or free migration to and around the Pacific (because it’ll be colonized and exploited all over again), nor do I dispute some human rights, like the right to life and liberty.

But my point is that individualism, when taken to the extreme, begets greed and ignorance, which essentially becomes a root cause of many social issues, creating such deep divides among society that it hinders cohesion and actual human development.

So where does human/individual rights fit in our collective and communitarian cultures? Does this mean that anyone in the village can now become its chief, not by inheritance or merit, but simply because they have an individual right to it if they so choose?

What about free trade in the Pacific? Let’s take a closer look at these two words: free and trade. Is there no better pairing of contradicting terms than this? What type of transaction exists that does not involve the exchange of some form of value? What part of such trading is essentially free?

The highly praised PACER Plus agreement claims many benefits for its signatories. But I recently had the opportunity to query an official involved with its implementation, asking if the scheme contained strategies that would improve shipping lines between the north and south Pacific states. She replied that it did not.

So, this begs the question of how a remote, northern island state such as Palau could see any benefit from an agreement that does not even address its biggest challenges including expensive and vastly indirect shipping routes? How do trade agreements such as this go about at safeguarding the wider Pacific’s economic and market interests against domineering forces such as China?

So as we can see, it is clear that with our inescapable adoption of democracy, capitalism, and other neo-colonialist ideals, we have also inherited the intrinsic complexities and challenges that accompany these notions. And along with the pre-existing challenges they already pose in western societies, as Pacific islanders, we are troubled with yet another dimension of complexity to this, which is the incompatibility of our cultures and traditions with these concepts.

Like oil and water in a bottle, our cultures are forced to co-exist with these ideals within a socio-political framework that does not afford their complete separation.

And all we can do is endeavour to find ways in which both ideologies could progress, parallel with each other through time. So the challenge for us, I think, is to try and maintain our cultural values, principles, and identities as much as we can; while we continuously seek ideal equilibrium in our odyssey from past, to present, to future. 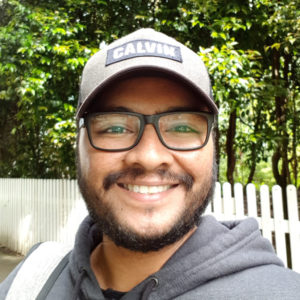 Gaafar J. Uherbelau is a public health professional and consultant from the Republic of Palau. Since 2007 he has worked with the Palau Ministry of Health in various areas including health communication, emergency preparedness, health policy and evaluation. Currently studying Public Health, Politics and International Relations at the University of Auckland, he is also a columnist for Pacific Island Times and Pacific Note.

Article feedback and inquiries can be sent to [email protected]